Speaker of the House Nancy Pelosi, D-Calif., speaks during a news conference at the Capitol in Washington, Tuesday, Oct. 12, 2021. 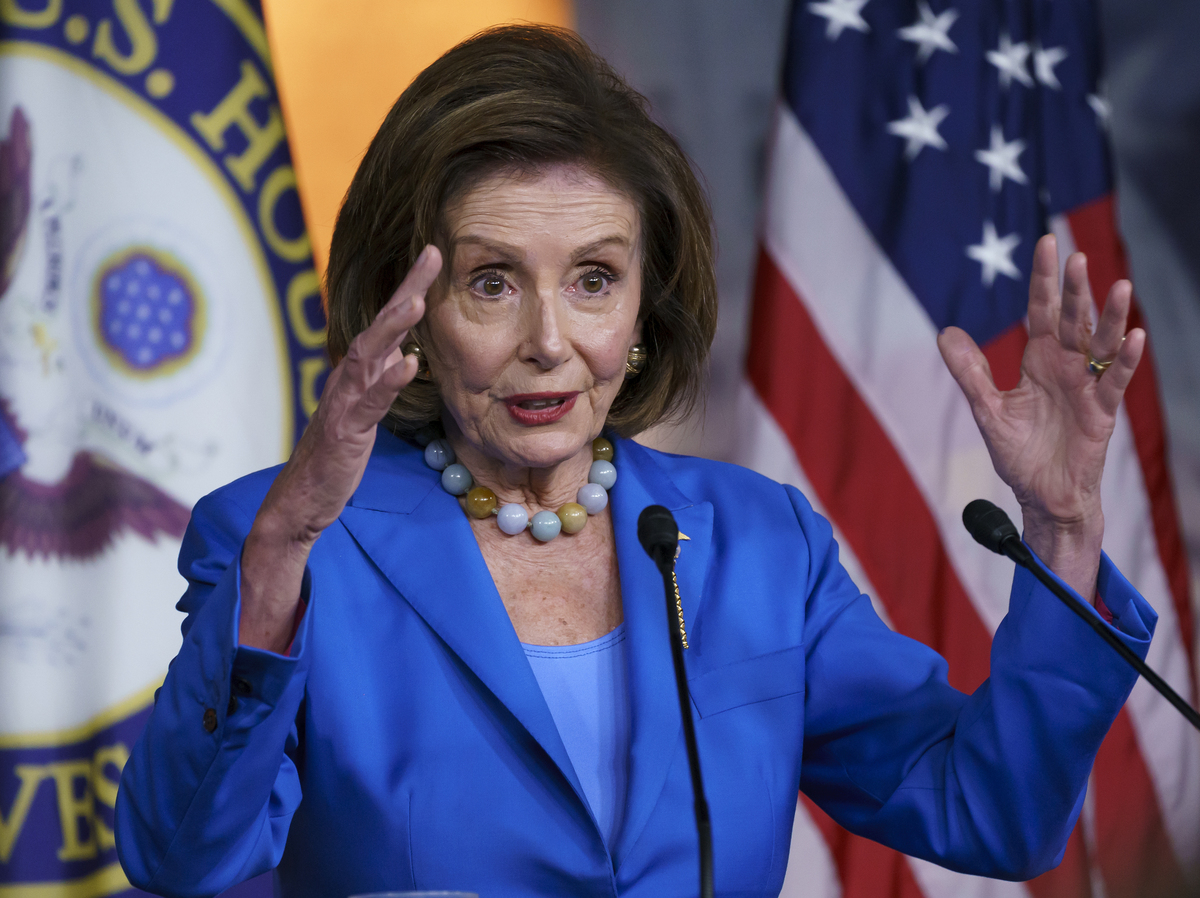 Speaker of the House Nancy Pelosi, D-Calif., speaks during a news conference at the Capitol in Washington, Tuesday, Oct. 12, 2021.

As moderate Democrats pressure their party to scale back their partisan $3.5 trillion social spending package, House Speaker Nancy Pelosi said Tuesday the way forward could involve shortening the shelf life of several major programs in the plan to bring down the overall price tag.

«We have important decisions to make in the next few days so that we can proceed,» Pelosi said, adding that major pillars of the legislation could remain intact but operate for smaller timeframes. «I’m very disappointed that we’re not going with the original $3.5 trillion, which was very transformative, but …whatever we do, we’ll make decisions that will continue to be transformative.»

Pelosi said Democrats can still craft a smaller version of their $3.5 trillion bill while still addressing the three major buckets in the so-called Built Back Better agenda: climate change, health care and family issues such as job security and supporting women in the workplace.

She made the remarks to reporters following a Monday letter to her caucus on the «difficult decisions» ahead and that she’s hearing members say they’d like to do «fewer things well.»

Pelosi acknowledged it’s possible that certain programs will ultimately have to be cut from the plan, but first, she’s hoping to shorten the timeframe of all the bill’s major provisions in the hopes of meeting a lower figure closer to $2 trillion.

«We’re still talking about a couple trillion dollars,» Pelosi told reporters. «But it’s much less, so mostly we would be cutting back on years and something like that.»

The key, she said, is reaching agreement on a plan that will be approved in both the House and the Senate.

The challenge on how to move forward on the package comes as House Democrats returned on Tuesday for a rare vote during a planned recess to approve short-term legislation to raise the debt ceiling until Dec. 3. The evenly-divided Senate passed the measure last week after Republicans offered a reprieve from a partisan standoff on the debt ceiling, which was expected to be reached next Monday, Oct. 18.

«In the meantime, we’ll be working to try to have bipartisanship as we have always have had,» she said of future hopes of working out a more permanent deal of addressing the debt limit.

Pelosi, who took part in international conferences this past weekend, noted that negotiations continue on the social spending package, where agreement is still needed in order to move that bill forward in tandem with a $1.5 trillion bipartisan infrastructure bill still awaiting a vote in the House.