This image provided by the Polk County Sheriff’s Office shows the back of the residence where a Polk sheriff’s lieutenant entered the house and exchanged fire with a shooting suspect in a neighborhood in Lakeland, Fla. 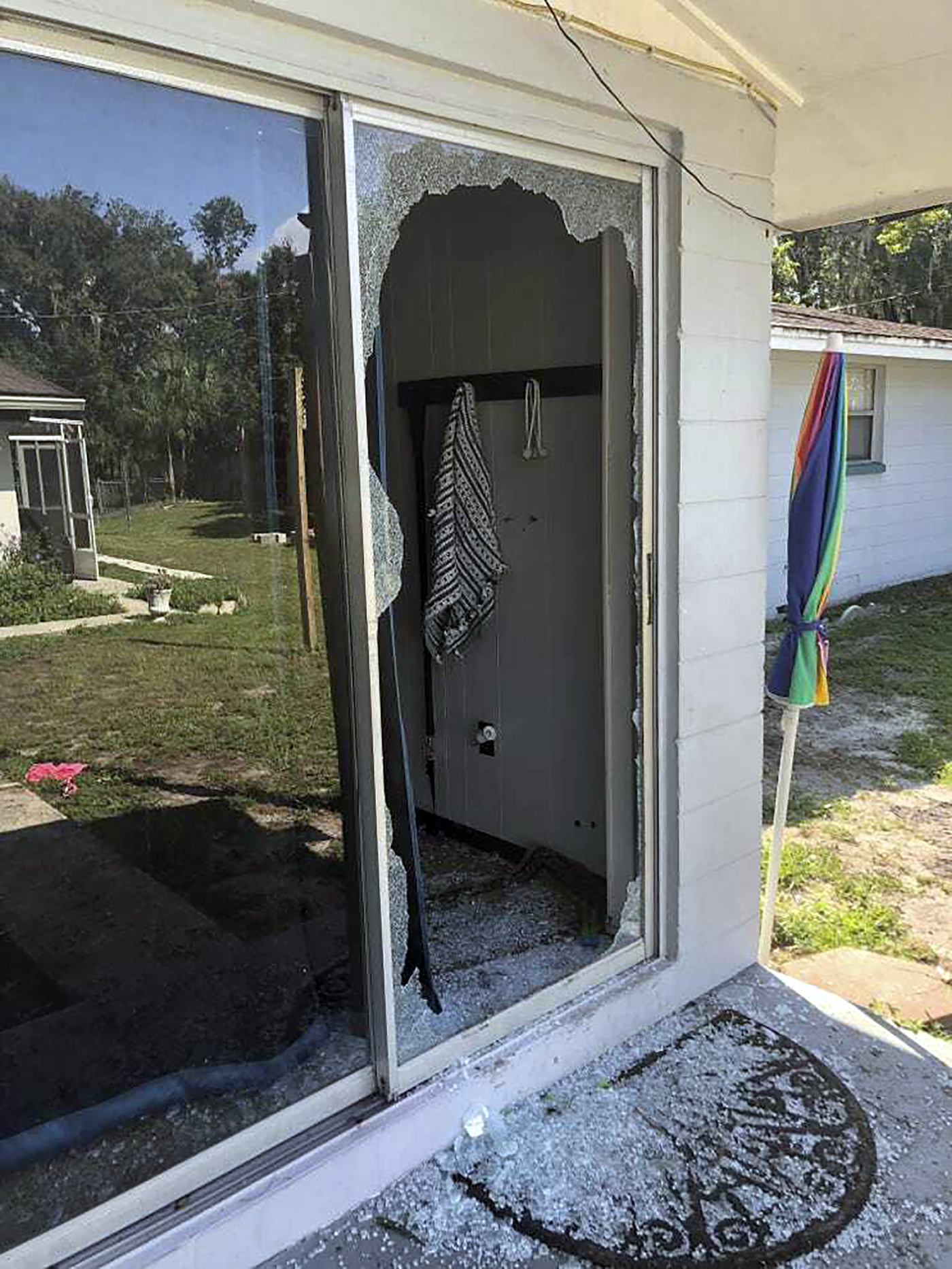 This image provided by the Polk County Sheriff’s Office shows the back of the residence where a Polk sheriff’s lieutenant entered the house and exchanged fire with a shooting suspect in a neighborhood in Lakeland, Fla.

Four people are dead including a mother still cradling her now-deceased baby in what a Florida sheriff called a massive gunfight early Sunday with a suspect «ready for battle» and so aggressive he tried to wrestle a gun from police from his hospital gurney after being captured.

Polk County Sheriff Grady Judd said the unidentified suspect was dressed in full body armor — including a bulletproof vest — when he was found outside a Lakeland home that had been «booby-trapped.» He did not explain in detail except to say that glass lights were lining the driveway.

After a gunfight with police and deputies — where dozens «if not hundreds of rounds» were exchanged, Judd said, authorities entered the home and found an 11-year-old girl shot multiple times, plus three deceased victims, including a mother still holding her infant. A woman at a neighboring home was also killed.

Authorities have not released the names of the victims or shooter or a motive for the shooting, but the sheriff said they were initially called out for reports of a suspicious vehicle.

A woman encountered «a strange person» roughly nine hours before the shooting who told her, «God sent me here to speak with one of your daughters,» Judd said during a news conference Sunday.

No other details about the woman’s relationship to the shooter or victims were released.

Police were on the scene within six minutes, but Grady said they found no trace of the suspect or vehicle until hours later when a deputy heard popping noises in the distance around 4:30 a.m. and the agency went into active-shooter mode, bringing all state and local law enforcement in the area to the scene.

When they arrived, breakable lights lined the driveway to the home. They saw a truck — believed to be the suspect’s — on fire and heard more gunshots.

The suspect was also there, heavily outfitted in body armor «as if he was ready to engage us all in an active shooter situation,» Judd said, but noting they didn’t see a weapon.

The suspect immediately ran back into the home, where authorities heard another round of gunfire, «a woman scream and a baby whimper.»

Officers tried to enter the front of the house, but it was barricaded. When they circled to the back, they encountered the shooter and exchanged heavy gunfire, before the suspect retreated back into the home.

Everything fell silent, Judd said, except for the helicopter blades overhead, until the suspect came out to surrender. He had been shot once.

Authorities moved in and found an 11-year-old girl who had been shot multiple times. She told deputies there were three dead people inside, Judd said.

Deputies sent robots into the home to check for explosives and other traps. When it was clear, they found a mother with an infant in her arms, and another unidentified victim all dead from gunshot wounds. They also found another woman fatally shot in a neighboring home.

The shooter also told authorities he was on methamphetamines. His vehicle had also been stocked with supplies for a gunfight, authorities said, including bleeding control kits.

«He was a coward,» Grady said. «It’s easy to shoot innocent children and babies and people in the middle of the night when you’ve got the gun and they don’t.»

While being treated at the hospital, the suspect jumped up and tried to grab an officer’s gun. «They had to fight with him again in the emergency room,» Grady said, before he was ultimately tied down and medicated.

The suspect is expected to recover and will be transferred to jail to face charges.

«There are more questions than answers at this point,» State Attorney Brian Haas said at the scene.